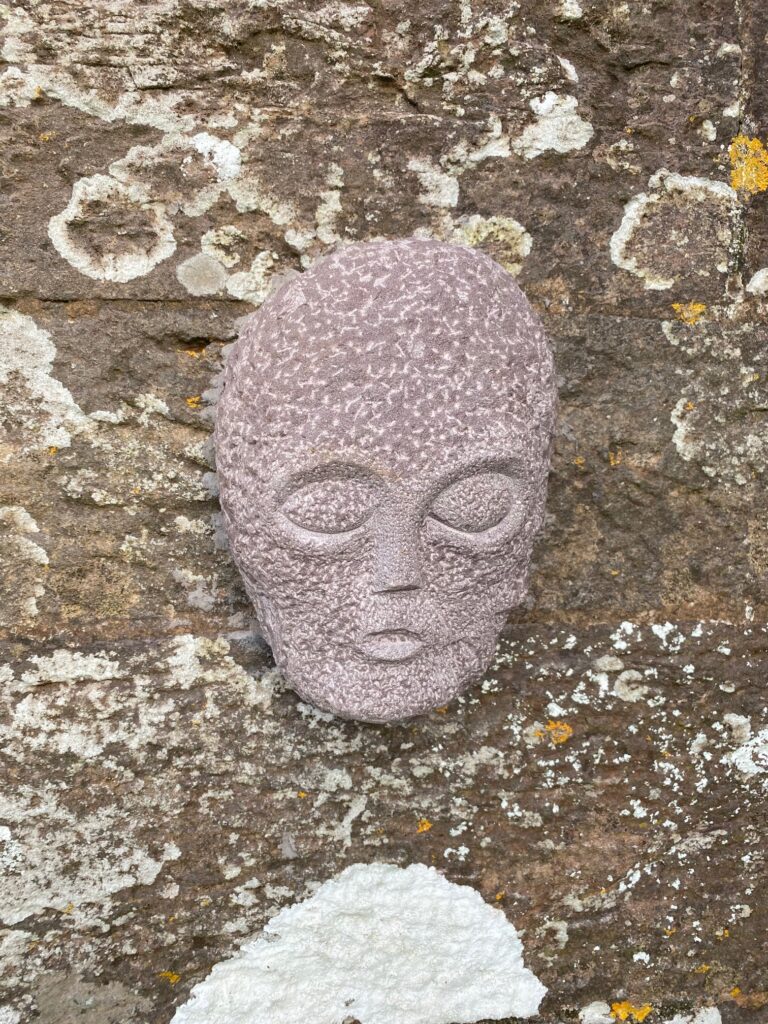 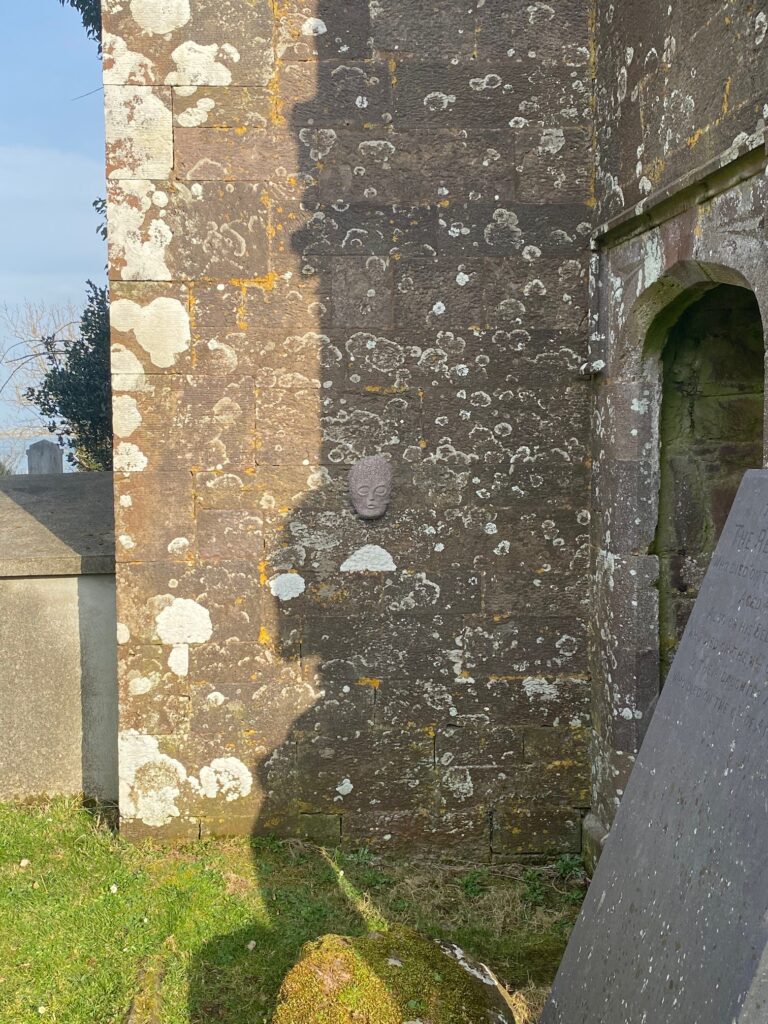 Crom Dubh was a pagan god who lived in the parish of Cloghane in the 6th century. He was a god of fertility and the harvest. Legend has it that he was there at the same time as Saint Brendan.

The copy of the stone Romanesque Sculpture carving, formerly kissed as a cure for toothache, in the wall of the old church is said to represent Crom Dubh’s head. (The original stone carving was stolen in 1993 but copy created by Mary J Leen replaced in 2022)

On the Dingle Peninsula a great assembly was held on Domhnach Chrom Dubh in the village of Cloghane. The pilgrimage (turas) was made to the top of Mount Brandon at dawn. The ’rounds’ consisted of praying at St Brendan’s ruined oratory and then encircling it and the pillar-stone and the ‘graves’ nine times while saying the Rosary, finishing up by taking a drink from the well.

Then the pilgrims went down to the village for the Patron. Traditionally the patron is commemorated the day on which the pagan chieftain Crom Dubh converted to Christianity. Crom lived at Ballyduff near Cloghane. His conversion legend tells of him slaughtering a bull in order to send the meat as a gift to St. Brendan.

Chrom Dubh was the god of the harvest whom pagans worshipped.

Crom Dubh is associated with thunderstorms. It was said to be propitious if it lashed rain, with thunder and lightning on his day.

More information from these links below